Are you staying in Brno for the weekend and have no plans? Would you like to go someplace, but it doesn’t necessarily have to be the city centre again?
I’ve got a perfect idea. I can recommend visiting nearby observation tower in Brno-Sobesice. The hill is called Ostra horka.

Even though the tower is not enormously high-total height is 19.1 meter, the view will certainly make an impression on you. Without any doubt the attempt to climb the summit will chill you to the bone, especially during winter.The steel tower happens to lean, movements not visible with naked eye, but unquestionably easy to feel. Of course the higher you’re, the stronger you perceive them. But once you’re on the highest platform, 16 meters above ground, you may admire Brno at a glance. Every district, with its symbol may be observed. You will definitely be able to recognize places such as Spilberk castle, Petrov cathedral, Vinohrady or Lesna with their inique buildings. It’s a bit windy up there, so take extra cap or gloves to cover yourself, otherwise you will want to run away as fast as possible.

The Ostra horka observation tower construction took 3 years and it was opened in April 2008 for the first time. The total cost of the tower was 1.8 million Czech crown out of which 1 million was paid by the city of Brno and the rest was covered by sponsors and individual citizens of Sobesice.

This viewpoint is open all year round.

Because it’s only 4 kilometers from Brno-Reckovice we decided to set up on foot, instead of going by car around the whole city. We followed the yellow path, which goes along the forest. The trail is not boring at all, especially for a pregnant woman.

If you want to follow our steps, take a tram (no 1) or bus (no. 42,70) from City center to Reckovice and hop off on Koriskova stop. From the tram stop Koriskova, you will have to turn back, go to the crossroads and turn left to Koriskova street, then to Novomestska. Use the bridge above the highway E461 on the right side of the road. Go across the bridge and then right again and left. From there you should already see some yellow trail markings all the way to Sobesice.

You may also get to Sobesice Ostra Horka Observation Tower by public transportation, bus 43 from Kralovo Pole main station goes straight there. Bus stop Dohnalova is the closest to yellow path. The same applies to bus no. 57 from Tomkovo square or Lesna main station, which goes to Utechov through Sobesice-bus stop Stepankova. 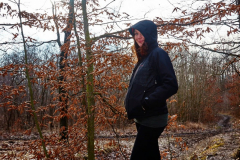 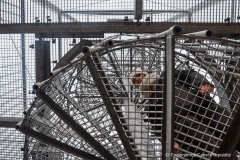 One day itinerary in Krakow – 6 spots you cannot miss 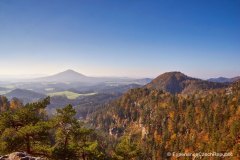 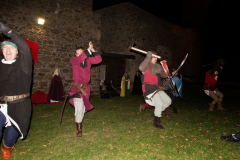 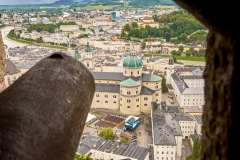