Moravian Karst, known for its caves, rock formations and deep forests is one of the biggest green area in south Moravian region.

It’s well prepared for avid travellers, cyclists or hikers. Even for the ones who work in front of the screens all week and crave some fresh air. Or maybe especially for them? Moravian Karst is along and across filled with tourist, educational and bike paths. That’s why it’s strictly forbidden to walk outside the designated paths. Remember, bikes are not allowed everywhere.

There’re plenty of possibilities to spend active time in Moravian karst.  Either visiting one of five caves, hiking through the forest or just simply admiring nature.  Even kids will find a small playground at Skalni Mlyn or newly open Educational Centre.  (Unfortunately for now caves as well as Educational Centre are not opened for public yet, the date of re-opening is set for 25.5.2020)

Last Sunday we chose the heart of Moravian Karst for our destination. We drove directly to Skalni Mlyn, but parked at the Catherine cave. We started with the yellow path in the direction to Macocha Abyss.  Brisk and vigorous hike drove us to action. The kids managed to climb just half way through, but it didn’t matter. The parents were full of strength, this time. Once we reached the crossroads, we decided it’s a high time for lunch. We stopped at Chata Macocha. While enjoying our food we could also admire the marvellous 138-meter-high abyss.  There’re two platforms: Upper and Lower to look into the bottom of the Macocha Abyss.  After a short break we followed the red path, to save some kilometres after a while we changed it to cycle path no. 5, which later on continued with green path.

The picturesque gorge called: Suchy Zleb was full of surprises.  Here and there hides some gems to discover. I let my imagination run wild and seen the ghost face cave (kalovy jeskyne). I tried to fit in my hand in the really narrow crack in the rock.  Of course, I got scared of spiders and other living creatures.  And our quest for the devil’s bridge was unquestionably successful as well.  Just look up. The total distance we made was 8 km.

Moravian Karst is not only about the Skalni Mlyn, Macocha and Punkva Cave.  Although these are the most recognizable places.  There’s much more. With its 92 square km Moravian Karst covers areas from Marianske Udoli (south) through Adamov and Sloup (north). Some famous places include the Old Ironworks near Adamov windmill in Rudice or lovely village Sloup with its blue church.  Every time you go there you can explore new places, new caves (Punkva,  Catherine,  Balcarka,  Vypustek or Sloupsko-sosuvske)  as well as some new paths.  Tell me where have you been?

There are several parking places around the Moravian Karst. For example, one and the biggest one is at Skalni Mlyn, the other at Catherine Cave. For these you need to pay 50 kc for the whole day. If you’re not in the mood of walking, but want to see something, park at the Macocha Abyss.

Restaurants were you can grab your food and eat outside were opened. For instance, you can try the one at Skalni Mlyn and Chata Macocha, where the abyss was.

We did 8 km total in 4 hours, including breaks for snacks and lunch. 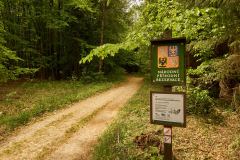 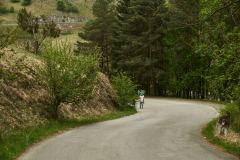 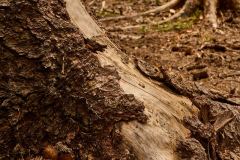 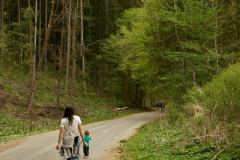 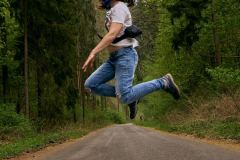 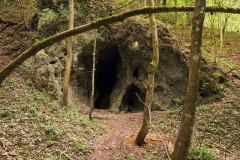 13 spots in Amsterdam you definitely have to visit 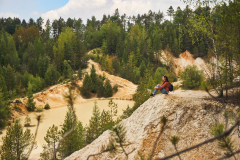 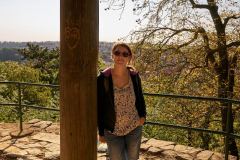 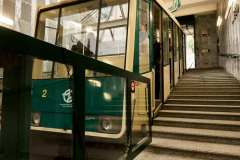