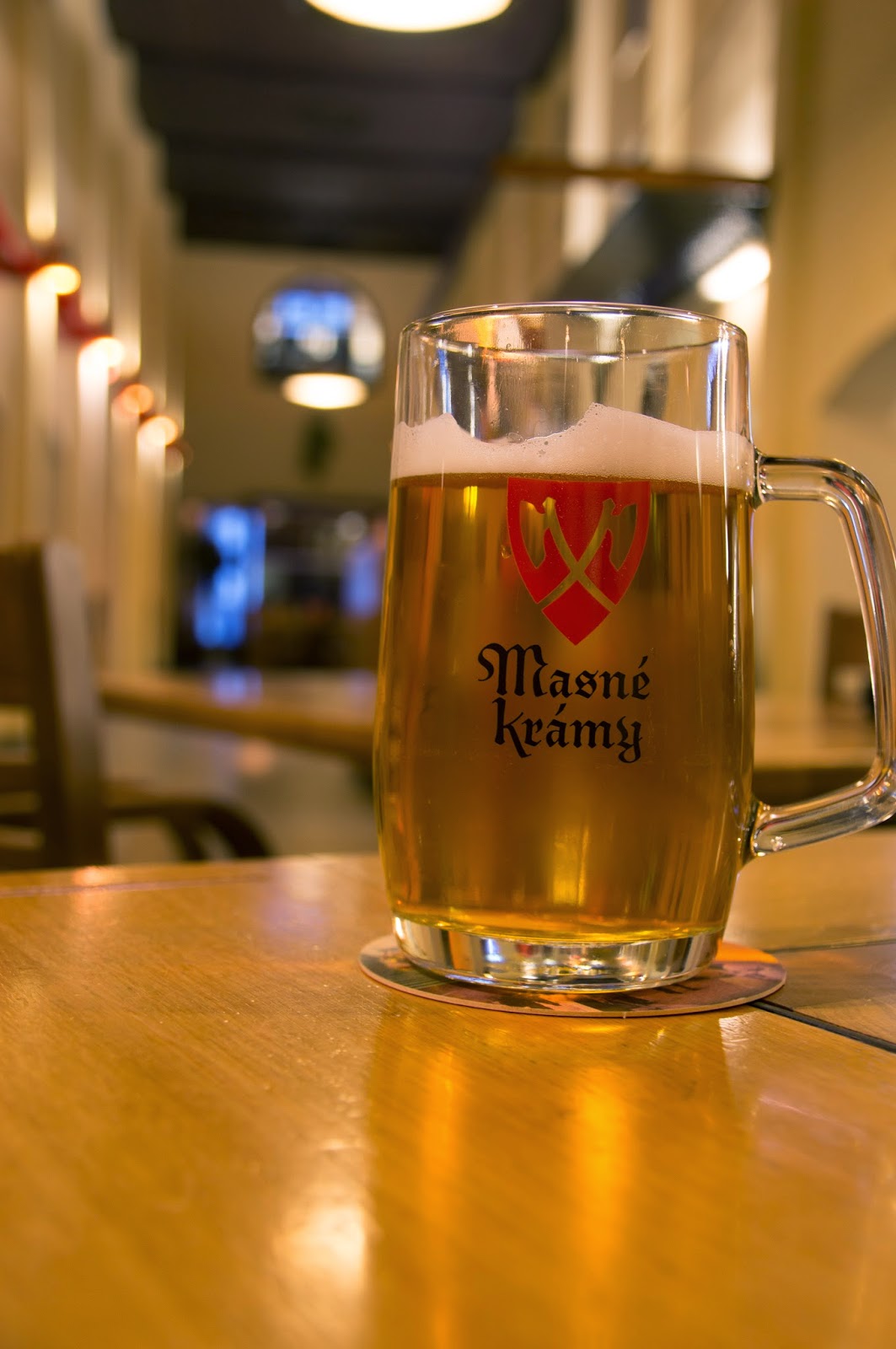 The city of Ceske Budejovice is well known for one of the biggest squares in the Czech Republic and traditional Czech brewery Budweiser. But I personally would call it the city of towers, as there’re at least three of them within the city centre.

I need to admit that I didn’t prepare myself for that trip at all, at the time being I focused on Cesky Krumlov as it has much more to offer. I left a place for Ceske Budejovice to surprise me.
Because I didn’t have a map I wanted to take one from the tourist information centre and start discovering the city asap. I walked into what I thought was a tourist information centre, however, it turned out to be just a tourist’s shop posing as a TIC. A few minutes later I noticed another information centre sign and followed that direction. The genuine one is in Town Hall!!

TIC was loaded with souvenirs, maps, brochures, and leaflets.
One of the brochures I found was presenting two sightseeing tours around the city. Both start at the Premysl Otakar II Square but follow different paths and cover different places, so it’s wise to head both. Anyway, the city centre is not big, which makes it even easier to organize.

The first idea that came to my mind when standing on the square: well, it’s without any doubt the biggest square I’ve ever seen.  There’re 48 buildings at the Premysl Otakar II Square, but one of the most magnificent is the Town Hall. Since 1995 inhabitants of Ceske Budejovice and tourists as well can listen to carillons playing different melodies. They were installed to celebrate the 730th anniversary of the city’s foundation. The first route from the city centre walks toward the Church of Saint Nicholas. Next to one of the many towers and at the same time the highest one (72 meters) Black Tower. Unfortunately, we didn’t get the chance to climb and admire the gorgeous view of the city, because the 31st of October was the last opening day, we simply didn’t make it. Then the route follows Knezska street straight to South Bohemian Museum and South Bohemian Theatre and then back to the main square along Stejskal street.

The second route from the square head through Krajinska street to a place, where a meat market used to be. Nowadays the renaissance building is a great Masne Kramy restaurant serving traditional Czech cuisine and brewing Budweiser. It’s unquestionably a good idea to book a table beforehand, as this restaurant lays among the biggest and the most popular in the city. Their homemade goulash served with fresh onion is delicious, especially after all-day walking. After such a feast, it’s your choice if you want to follow route no.2 or get back to the hotel. The route goes to Piaristicke square with the Church of the Presentation of the Virgin Mary and salt silo.  The next stop is Rabstejn Tower, which is one of the last surviving parts of the city’s fortification. Then goes back to Panska street, you should turn right at the end of it and then left if you want to find yourself walking along the dead channel of the Masle River.

On the other side, there is Sokolsky isle, a place for sports fans. There’re a swimming pool, sports clubs, and other facilities. It may also be a good place to have a picnic or play football with kids. Another tower: Iron Maiden, dated back to the 14thcentury, which can be found along the channel, is now the home of cozy little café bar. Here we finished our tour. Since it was dark and cold outside, we got inside for a ginger beer to warm us up a bit.

Another attraction, which we didn’t manage to see is the Budweiser Budvar brewery. You can take a tour around the premises and learn the story of Budweiser beer during the 3D movie projection and exhibition. Remember, it’s necessary to make a reservation.

Let me also share a few words about accommodation. We stayed in Grand Hotel Zvon, which is situated on the Premyslav Otakar II Square. Room prices are comparable to other guest houses or hotels. And since it’s a 4-star hotel in the heart of the city, it’s a good option. Book directly on their webpage, as they have other special offers like price reduction, free welcome drink, or discount for garage.

Btw, parking in the city centre is quite expensive, but try parking your car two or three blocks away. 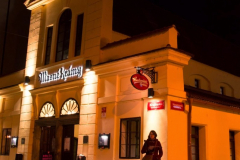 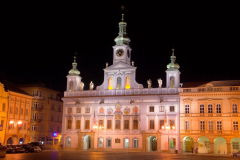 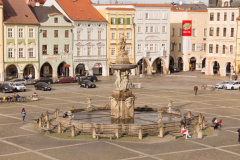 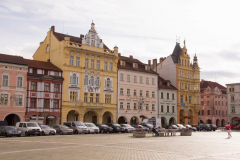 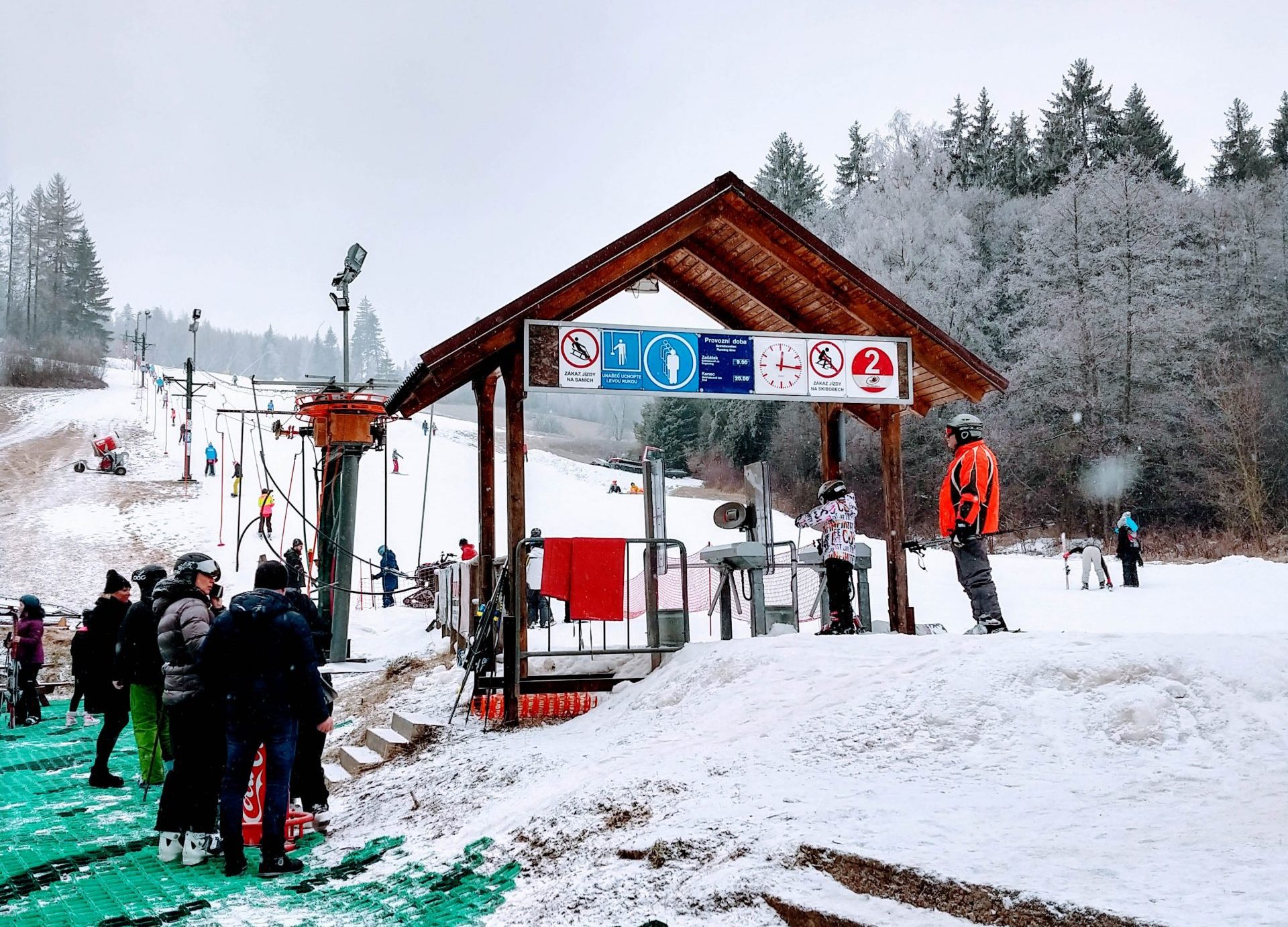 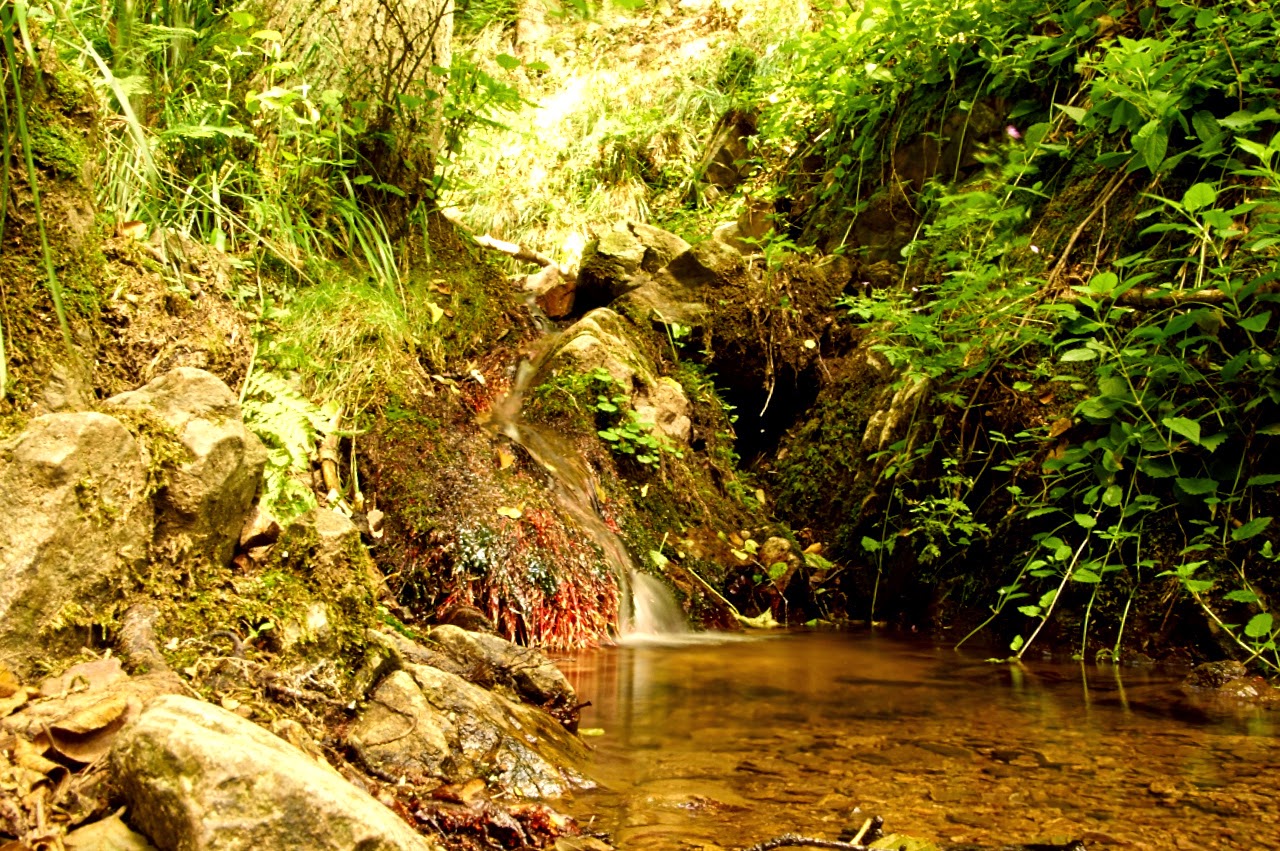 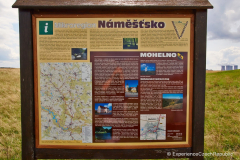 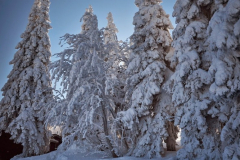 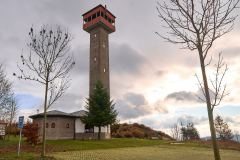 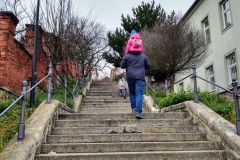