I’d like to focus on Brno and since it was chosen by NYT and The Guardians as 2016 must see destination I wanted to add my two cents as well.

To be honest I’ve been meaning to post about Brno for some time already. I thought…What’s so difficult? Why is it so hard to write about a place I spent my life for the last 5 years? Is it because I’m afraid what other people might think? Will they like it? Do they like the same places I do? Is it because I simply don’t know all the cool and stylish places Brno has to offer?

I’m afraid answers to all above questions will be affirmative. I’ve got the impression Brno changes constantly, new places spring up one by one and sometimes it’s hard to follow.

If it comes to restaurants and cafes I decided to look for help and ask some questions here and there. But before I share the outcomes with you, I’d like you to stay with 5 top nature places in Brno.

Of course I couldn’t start with anything else than Velka Klajdovka. A really really fantastic place to spend some free time, to savoir the view, especially at sunset or make a romantic picnic. I won’t dwell on it right now, because you can read more about Klajdovka in my previous posts here and here .

The next on my nature list is Brno reservoir. It’s booming during summer, especially after the water was cleared and went through some quality tests last year. The project included adding new “features” like changing rooms, toilets, tennis tables, swings, playing fields and many more to make the place more attractive. The goal was achieved. City dwellers visit Kozi horka, Sokolske koupaliste and other places more willingly.

Undisputedly one of the main attraction is a boat (parnik), which can take you from Bystrc quay to several spots on two sides of the reservoir, through Veveri castle, ending in Veverska Bityska.

In case you’re water sick go for a 15 km walk or cycle around the reservoir. Don’t forget about Veveri castle on your way. After this exhausting hike just grab a blanket, sunbath, relax and enjoy. Don’t mind carrying your own food, because there’re plenty of small restaurants or stands with food spotted around reservoir. Anyway it’s not so popular here to make your own “barbeque” party. The last time we prepared and grilled sausages people passing by looked at us in a very strange way. Some of them even took a photo. So if you want to avoid embarrassment and being mock at some Czech website just order a Czech klobasa from a fast food bar.

For water sport fans there’s a yacht club. You may join or go for some yachting lessons and learn new skills. It’s also possible to rent pedal boats among others at Kozi horka and do some exercises on water.

Brno reservoir is easy accessible. You may come by car, there’re plenty of parking spots on both sides of reservoir, starting with the biggest one close to the quay. By tram no. 1, get off at final station, then you can either change to bus no. 303 in direction to Veverska Bityska or walk in quest for a perfect spot for spreading a blanket.

Next on my nature trip in Brno is Medlanky airport, which off season is probably the most quiet place in whole Brno. In the morning it’s so quiet and peaceful there I can hear the whistling wind. Of course it’s the opposite when gliders fly above your head. During summer it’s always something happening on weekends, whether it’s a dog competition, airplane model show or jumping in bags. Because there’s only one restaurant “U krive vrtule” everyone meets there after all. It’s a nice place serving traditional Czech cuisine, unfortunately not always a delicious one but at least good enough to satisfy one’s ravenous hunger. The big advantage is however a kid’s playground.

Through medlanky goes several cycle or hike paths leading among others to Kurim, Velka Baba hill in Ivanovice or Kralovo Pole. Because Medlanky is on a hill there’s a really nice view on surrounding neighbourhood.

One of the way to get here is to take bus no. 41, 45 or 75  and get off at Medlanecky zamek, get to the roundabout and follow the Turisticka street. The other way is from Komin, bus 36-final station.

Quite close to Medlanky, but still in Bystrc on a big hill is situated the ZOO. It’s a home for a variety of wild animals, parrots, fishes, crocodiles and many many more. Prepare yourself to spend a whole day in it. Believe me it’s exhausting not only because of regular ZOO visiting but also because of the climbing. Take bus 302 or 30 and get off at Zoologicka zahrada stop.

Let’s get a bit closer to a city centre and stop at Luzanky park, the biggest as it covers 20 ha and the oldest because it was opened to public in 1778, city park in Brno. All day long it’s filled with mommies pushing the strollers, kindergarten kids, who are on exploratory trips, runners and random people passing by. There’re few playgrounds for kids, tennis courts and volleyball fields. Along with tennis courts there’s also a restaurant. This is not the only one in the park as a new restaurant Verbena was opened quite recently. It’s known as family place serving vegan and home made food.

In the heart of the park stands new renaissance building from 1853-1855. Now a centre of free time with a family point in it.

While marching along the pathways take a moment and look at variety of trees, huge red-leaves beech, beautiful Japanese maple, Hungarian Oak or Chinese ginkgo biloba. One wants to say: the whole world…of trees.

In order to get to Luzanky park and enjoy the nature in Brno take tram no. 1 or 6 from the city centre and take off at Antoninska or Pionyrska stop. From the other parts of Brno you can take bus no. 25 or 26 an get off at Pionyrska or 67 and get off at Schodova stop.

By the way Schodova is a quite famous “street”, designed by Frantisek Aloise Dvorak. The entrance is embellished with a portico on Corinthian columns. It rises up above Luzanky park since 1904-1906.

I use up my limit of top 5, but actually there’re more likeable and appealing places like Marianske Udoli or viewpoint Ostra Horka , even Brno Planetarium on Kravi Hora or other 5 places I mentioned here. 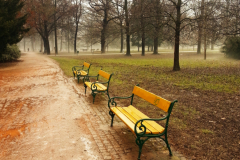 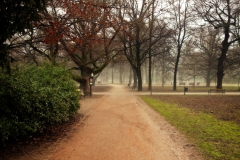 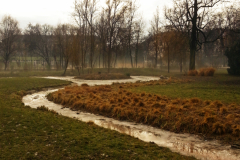 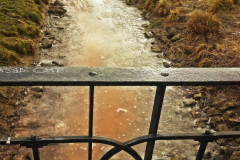 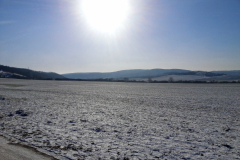 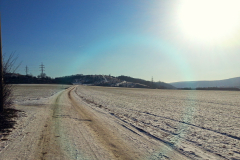 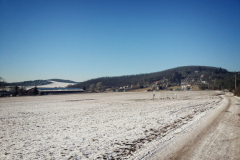 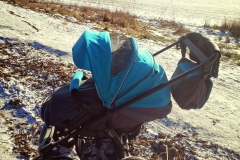 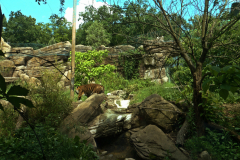 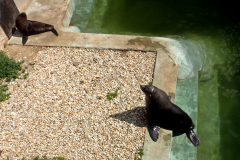 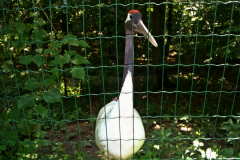 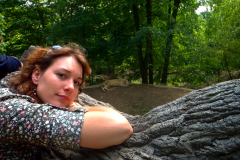