It’s not the most popular city in Poland, but this is the kind of place that welcomes you for a short trip. Although the city is quite big, one day is sufficient to see the most out of it. Anyway, you probably would prefer the forest paths rather than street after all as Bielsko-Biała is in some way a gate to the mountains. Are you ready?

Despite the city’s history dates back to Middle Ages, it formally was created quite recently. January 1st, 1951 the official naming came to life. Bielsko-Biała name come from emerging two towns: Bielsko in Silesia and Biała in Lesser Poland. They’re both separated with Biala river.

Up till World War II the city was a real culture mix. Poles, Germans, Czechs and Jews lived all together there.

Bielsko-Biała is located in the south of Poland, in Silesian region. It’s around 40 kilometres from the Czech borders with a great connection through highway D1. I don’t think there’s a direct public transport from Czechia to Bielsko-Biała. One of the possibilities is to go through Katowice.

Bielsko-Biała is called “Little Vienna”, because of its eclectic and secessionist style visible all over the place. Actually, if the city’s buildings were maintained properly, facades wouldn’t fall and the city be better attended, I would say it’s true. For now, I feel it’s a bit of exaggeration. It has a lot to learn from Vienna.

Compact city centre clearly invites for a walk on foot.  Among other thing, the most iconic building of Bielsko-Biała is the Sulkowsky’s Dukes’ Castle. It overlooks the city of Bielsko from the hill, making it impossible to miss. It’s the oldest and the largest building of the historic centre. But there’s more. Undeniably you shouldn’t omit the beautiful and famous eclectic building of Polish Theatre on 1st Maja street. There’s a saying that the whole Poland envies it. Another place worth mentioning is the main train station. Even if its outside look won’t sweep you off your feet, its interiors will. It’s a real gem. Unquestionably the most alluring train station you’ve ever visited. Cathedral of St. Nicolas is another impressive building. It’s the main Roman Catholic Church of the city. Its huge tower makes quite an impression. I couldn’t finish without bringing up the Animated Film studio, which came to live back in 1947, initially set up as an experimental animated film studio in Katowice. Succeeding year by year with new ideas for kid’s cartoons, awards and recognitions. Famous characters like Bolek and Lolek, Rex or Blue Knight were drawn here. You may also spot those little heroes on the streets of Bielsko-Biała.

TIRED OF THE CITY?

Imagine that using a public transportation within a dozen or so minutes you can get to the mountains. Staying for the weekend you can combine sightseeing with hiking, a perfect combo. At the outskirts of the city, you may find Dębowięc. Mountain with a gondola and smaller ski resort. Another 5 kilometres further there’s another mountain Szyndzielnia with a panoramic view over the city. You can get there using a cable-car or on foot. City dwellers and visitors have endless options for a hike in close proximity to Bielsko-Biała. Among other tops to conquer are: Kozia Góra, Palenica, Klimczok or Trzy Kopce.

ANYTHING ELSE YOU SHOULD KNOW?

Interesting fact is that the famous Fiat 126 P, yes, the one that Tom Hanks got from Polish fans, was manufactured in Bielsko-Biała for 23 years. Originally Italian, from seventies licensed in Poland, Fiat 126P, aka Maluch motorized Poland and raised up the living standards of the population. Even though, everyone still remembers maluch, nowadays it’s barely visible on the streets.

We stayed at Ibis Styles and we can only recommend it. From the people working there, through room standard and food quality to the interior design of the lobby. Everything worked flawlessly.  We choose a family room, especially made for kids and they loved it. My little girl will always remember hotel with toys and plush monkeys. As a bonus you have the chance to get a closer look at the mentioned above maluch.

Bielsko-Biała is full of different restaurants and bistros, so to make it easier for you let me recommend just a few. The decision is hard enough already.

Let’s start with a breakfast and something for a sweet tooth. Two places Mono Bistro and Cremio you won’t be able to pass by indifferently. Mono is fresh and modern with desserts you have not seen before. Cremio on the other hand is a homemade bakery with amazing atmosphere. It small and cozy, but you’ll love their cakes.

When it’s a dinner time change direction to Nowy Świat restaurant, PastaMore or Rogata tavern. Nowy Świat is just 200 meters from the Rex statue, so this might be your indicator when searching for the place. Its menu is full of delicious, European dishes. PastaMore is an example of a fusion cuisine. Its menu is based on seasonal products from locals. Don’t be mistake by the name, PastaMore is not only about pastas. Rogata tavern offers traditional Silesian cuisine. It’s a bit further from the center, but definitely worth a visit.

Our travel plans don’t always see their realization. With the corona virus the city came up with a brilliant idea. You can see its architecture, views and panoramas with a camera eye. Check out the website to enjoy the virtual walk. 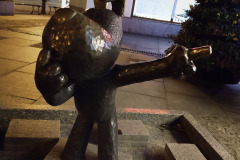 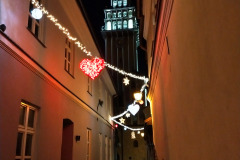 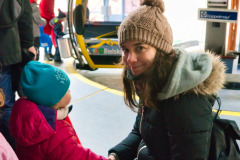 Best advice you can get for Travelling with kids