10 years ago, I would never suggest you to visit Katowice. The city was grey and gloomy, boring and mundane. Nothing really to see or do. Time has changed. Katowice has changed. The city now is lively, cosmopolitan and innovative. The place once built on steal and coal became the centre of modern technologies, great music concerts or festivals. But most of all it’s a perfect location to gather with friends.

Katowice, the main and the largest city of the Upper Silesian Industrial Region (GOP) has almost 300 000 inhabitants. It’s well connected with other cities within the region by the public transportation. But it may also be a good starting point for further destinations, either in Poland or abroad.  Katowice is remoted around 270 km from Brno, 80 km from the borders. Thanks to the highway the route doesn’t take longer than 3 hours by car. New and modern main train station doesn’t scare the tourists off any more. The futuristic building hides a shopping mall: Galeria Katowicka.

Today, when I stroll around Katowice, I simply can’t believe what progress this city has made in just 10 years. Katowice is developing dynamically; new urban spaces are created. Old buildings are renovated. The city is beautiful, with an idea.  Always something is going on. Young people eager to spend time outside have now many great places of culture and entertainment.

Just walking around aimlessly in the city centre can take you half of the day. But there’re certain points you need to visit.

It’s one of the most characteristic building not only in Katowice, but also in Poland. Spodek was built in 1964 –1971. From that time, it serves as an entertainment and sports hall. Many great artists stood on the scene there, awesome music events or sport games took place in Spodek.  The bizarre shape of the building is not to amuse, but to ensure resistance to shocks, bumps and mining damage. Even though the translation suggest saucer, some compare Spodek to an UFO. You can visit Spodek from inside, the guided tour costs 8 zl. Prior e-mail registration is required.

The heart of the Katowice stands out with the culture zone. A unique place which invites mostly young generations to sit and relax. The culture zone creates real gems like the buildings of Spodek, NOSPR, Silesian Museum and the International Congress Centre. Few food stands, outside bar, restaurants and first of all people make the distinctive atmosphere of this place. It’s very quiet during the day, but the place comes to life with the sunset. Culture Zone on a regular basis organizes gastro festivals, concerts or summer outside cinema. What’s more, if you climb up the stairs you can get to the free viewing platform.

As a part of the Culture Zone, the ICC has a fresh and stylish look. One would sit on a grassy roof, but unfortunately, it’s forbidden.  The roofs, known as “Green Valley”, function as a public square and are accessible to walkers. The inside of the cuboid-shaped building is huge, it can take up to 15 000 people at once. Since its opening in 2016, almost 500 events have taken place there.

The building of the Polish National Radio Symphony Orchestra is modern but immersed in the past context. Made of brick pillars, rough surfaces remind the regional Upper Silesian familioki. They’re traditional residential buildings.  The concert hall can fit 1800 people. The acoustics was supervised by master Yasuhisa Toyota from Nagata Acoustics. The hall is highly recognized not only by the audience, but also by the performers.

The museum and its park made quite an impression on me.  Since 2015 the seat of the Silesian Museum is at the new location, former Katowice coal mine. New, futuristic blocks rose up between the post-mining buildings. Some of the exhibitions are hidden 14 meters below the ground. One is especially a must see – Upper Silesian history up till 1989. Besides the exhibitions and gallery an observation tower transformed from the mineshaft “Warszawa II” is available for public. The elevator will take you 40 meters above ground to see the one and only view on the city. In addition to the city centre you can see the neighbouring towns, Silesian park with the Stadium or remoted Cathedral. The museum is a symbol of the transformation Katowice has undergone.  Remember: Mondays are closed, Tuesdays are free entrance.

The Katowice market square was thoroughly rebuilt and renovated in 2011-2017. It’s nothing like the historic market squares in European cities. Again, it’s contemporary and original.  Main attraction is the artificial Rawa (sewage). The water is cleaned up, there’re fountains, benches and palm trees. Few steps further there’s a small playground for kids, which for travellers with the little ones may be a blessing. There used to be a seat of the Silesian Museum. You can also find a building of the Silesian Theatre on the square. From time to time the main square is filled up with food tracks.

Few steps away from the main square, there’s the coolest and the most hipster place in the whole Katowice. Mariacka street dotted with pubs, bars and restaurants is overcrowded with even more chill people. This is the place, where you should head if you feel hungry.  You can eat your lunch or dinner or grab a dessert there. During the day, it’s relatively calm and quiet. But the real adventure starts at night. One of the side streets: St Stanisław also offers some quality food experience.

Upper Silesian specialties vary from home to home. Traditional meals to try are: Żur (sour -flour-based soup), Rolada, Kluski, modro kapusta (roll up meat, potatoes and warm cabbage with bacon) or karminadle (minced meat). There’re not many restaurants serving traditional cuisine in Katowice. Few of them in the city centre are: Talerz i szklanka, Bar Mleczny on Staromiejska street, Café Europa on Mickiewicza street or Pod Siódemką on Stawowa street. Although, don’t expect fancy, sophisticated interiors, those are more like on-a-budget bars with pre-prepared food. If you’re up for a dessert try polish doughnut (Słowik or Stara Pączkarnia on 3 Maja street) or home-made ice-creams, which are on every corner.

If you have more than 24 hours to spend in Upper Silesia Region you can try the Kościuszki Park or Muchowiec park or the complex called the valley of 3 ponds. After all Katowice is called the city of gardens. District like Nikiszowiec or Giszowiec distinguish themselves by the rare buildings and distinctive atmosphere. For the Silesian Park, one of the biggest parks in Europe you need to reserve another day. If you’re into upper Silesian history, mining topic interests you I suggest visiting Guido Mine, Sztolnia Luiza in Zabrze or Historic Silver Mine in Tarnowskie góry, which may be inscribed on UNESCO World Heritage list. One thing is sure, Upper Silesia impresses.

With so many attractions compressed nearby, maybe you’ll consider staying a night. Katowice offers a wide choice, whenever on a budget or a more sophisticated one. Just browse your favourite. 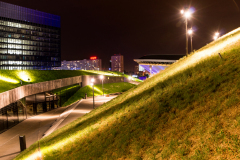 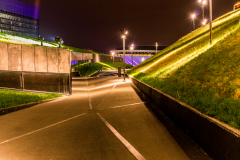 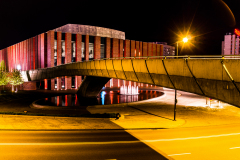 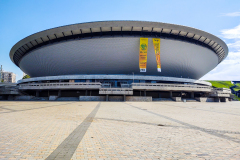 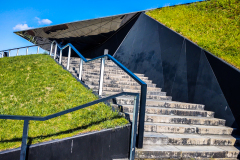 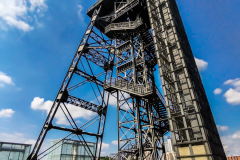 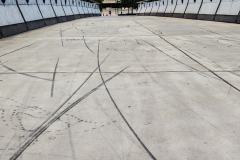 An awesome spot for kids in Brno: Papilonia 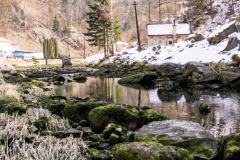 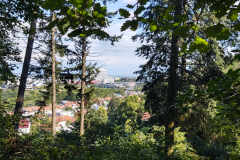