Trebic is a small city in Vysocina region, which is known for many historical sights. Undoubtedly the most acknowledged is the Jewish Quartier, which is also inscribed on the UNESCO World Heritage List. Not only that, but also one of the largest squares in the Czech Republic, Town Tower or St. Procopius’ Basilica are places we were eager to see.

Don’t hesitate and visit Trebic, it’s worth it.

Let’s start the city tour at the Charles’ Square. We didn’t exactly have to walk the whole 2.2 ha to see it’s extra-large. It’s a pity half of the square is used as a car park. I personally think it destroys the harmony, but I guess it helps on a daily basis. Here we stepped into the Information Centre to grab some leaflets and moved to see the Town Tower and Martin’s Church. The tower was built in 1335 as a part of the fortification system. Intriguing is the fact that the tower’s clock, 5,5-meter-wide, is one of the biggest in Europe. Passing by the renaissance painted house we crossed the bridge to take a look at the St. Procopius Basilica and Wallenstein Castle. Basilica from 1230 is inscribed on the UNESCO World Heritage List as well. Besides, it underwent several architectural alternations throughout time. Today’s appearance is owing to the adjustments from 1924-1935. The castle used to serve as a Benedictine monastery, while in the XVI century belonged to Pernstejn family. Today it’s the residence of the Vysocina Museum. Few steps from the castle, in the footprints of abbots and rabbis, we followed the path to the Hradek hill. We might have got lost in the narrow streets, but finally made to the top and got the chance to see the lovely view on the city. On our way back we strolled around the Jewish quarter reading here and there about the life of Jews.

As I already mentioned the Jewish Quartier with the Jewish cemetery, from 2003 are inscribed on the UNESCO World Heritage List. 123 unique historical buildings, among them Synagogues, Jewish Town Hall, Hospital or a Rabbi’s House may be viewed free of charge. The Jewish cemetery, with its 11 000 graves and almost 300 tombstones make it the biggest in the country.

Every house in the Jewish district is different. They are all crooked, with the curved walls. But because of this diversity, it’s alluring and unusual. I could stroll among the narrow streets, step on the stone pathways and peer into someone’s houses all day long, but after a while I got cold and hungry.

It seemed there’s not much of a choice when it comes to dining out in the city centre. There’re either unsightly looking fast food or overpriced restaurants. With the tourists coming by every year, the entrepreneurs could afford the high prices. Only from the Hradek hill we were able to see the hidden restaurants. We chose the Black House, but I wasn’t fully satisfied.  Firstly, quite expensive. Secondly, menu limited to fat meat selection only. Thirdly, order mix-up made me unwilling to return.

All car parks are signed properly when entering the city. During the weekdays, you need to pay for the spot. On Saturday, it’s chargeable only till 11 a.m. While on Sundays it’s free the whole day.

If you travel with kids, why won’t you try the Alternator science centre? Its impressive exhibition will undoubtedly interest youngsters. They’ve got something called science on sphere, showing 100 different programs about the universe. Check the opening hours before you go. It’s a bit further from the city centre, so consider taking a bus or go by car.

Another possibility when in Trebic is a hike to the nearby Lookout Tower at the Pekelny kopec. Altough remember, it’s almost a 7-kilometre walk from the city centre.

The biggest the best

Have you already wondered what is it that everything in Trebic is the biggest? Starting with the Charles’ Square, following the Clock on the Town Tower, ending with the Jewish cemetery. There’re some questions that don’t need to be explained and I will leave them unanswered as well. The whole day we were wondering whether those rainy clouds will make us leave the city, however we could enjoy the sightseeing completely. Or maybe until our feet refused to obey. 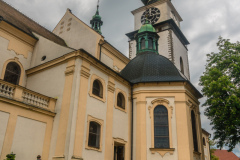 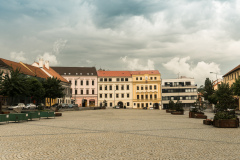 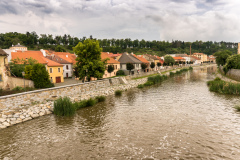 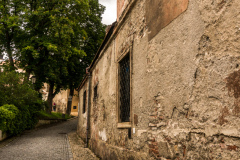 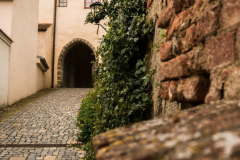 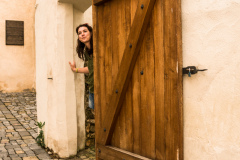 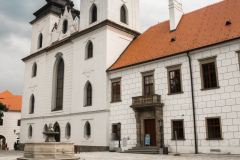 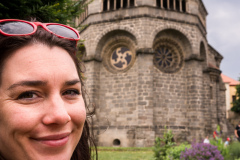 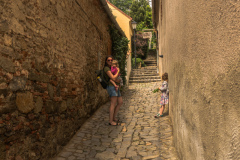 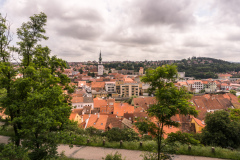 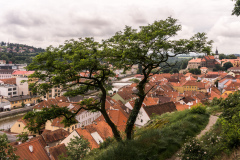 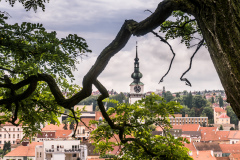 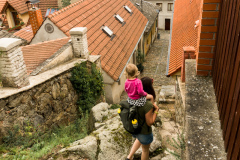 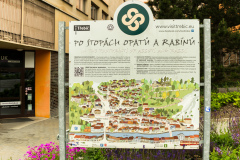