Malbork lays in the north part of Poland in Pomeranian voivodeship. The town is not big, it covers only 17,2 square kilometers. And besides few red-brick buildings, it doesn’t really stand out. But half a million people come every year to Malbork to see its biggest attraction and landmark: Castle of the Teutonic Order, which sits majestically by the Nogat river. The same castle, inscribed in 1997 on the UNESCO Heritage List is the biggest castle in Europe. And it’s definitely worth coming to Malbork just to see it.

Malbork became the capital of the Teutonic state between 1308 and 1309 when the Order occupied Gdańsk and Pomerania. In 1409, Poles together with Lithuanians broke out the so-called Great War, the culmination of which came at the Battle of Grunwald on July 15th, 1410. At that time the Teutonic armies were conquered. The Teutonic Knights successfully defended their capital, and thus they stayed in Malbork for more years. As a consequence after Thirteen-year War, around 1467, the Order was forced to move its capital to Królewiec.

After the Order left Malbork, the castle was used by the Polish monarchy. King Zygmunt August established a maritime Commission here, managing the navy. Also, Stefan Batory adopted Malbork castle as his seat during the war with Gdansk. Back in 1626, the castle was taken by Swedes and during that time it was partially ruined. Coming years were even worse. After the first partition of Poland, Castle belonged to the Prussians, who devastated it. The castle served as barracks and military warehouse. From 1817 few attempts to reconstruct the castle were taken. Unfortunately, again the military operations from 1945 almost destroyed everything. The full demolition was considered, but favorably the Malbork Castle was restored. Malbork Castle returned to its glory.

Believe it or not, but the castle has been built for 170 years. It all started back in the 13th century. First to appear after 40 years of transformation was the so-called High Castle. When Malbork became the capital of the Order in 1309, the fortress was expanded considerably. Another part of the castle was built later on: The Middle Castle, which was the most representative unit of the whole fortress. This is also, where the guests were hosted. Later on followed the Lower Castle, which was first to enter. The whole complex was encircled by three rings of defensive walls and strengthened with dungeons and towers. The castle eventually spread over 700 meters long and 300 meters wide making it the largest fortress built anywhere in the Middle Ages. The castle was inscribed on the World Heritage List in 1997.

GOOD TO KNOW BEFORE THE VISIT

Sightseeing is pretty long. Prepare to spend at least 3 hours here, maybe longer. Malbork Castle opens at 9 am and closes at 7 pm during the peak season. But it’s better to check the opening hours before the visit on the website. There’re two sightseeing tours to choose from in the peak season.

available: Monday – Sunday, only after 5 pm.

Monday: free day of sightseeing for a symbolic price of 10 PLN for the audio guide

There’re two possible ways to visit Malbork Castle. You can either visit on your own with an audio guide or with a real guide. In the second example, You get to spend some time with a highly educated person, who knows basically everything about the castle and is able to respond to any question. While an audio guide like a robot, monotonously says where to go next.

KIDS AND THE TOUR

Younger kids may consider this architectural masterpiece boring. We were afraid to partake in the longer Castle Tour because it would simply be tedious for kids. We decided to go with the Green Route, which after all lasted a bit longer, but we were fully satisfied with the guide and information he provided. Our kids, on the other hand, didn’t have fun at all. They felt like it was an endless venture, and did not like it most of the time. Especially taking into consideration, they couldn’t touch anything inside. The green route was definitely enough for them.

Malbork is prepared for the number of tourists coming every year. Almost everywhere you go you see the sign: Rooms to rent. We stayed at the “Gościniec” in Malbork, which was highly rated on booking.com and we were not disappointed.

We’ve spent only one night in Malbork, but from what I’ve seen there’re not really enough good restaurants here. On the other side of the ticket office, you can find a so-called market, but you can expect mainly junk food here. In the city center you may find few restaurants:

Piwniczka Restaurant – spotted directly at the castle makes you feel like a knight. Starościńska 1, 82-200 Malbork, Poland 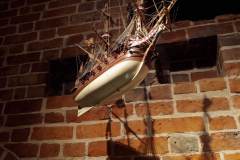 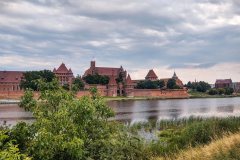 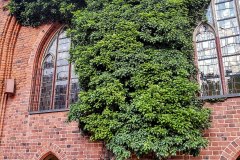 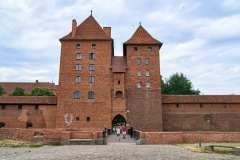 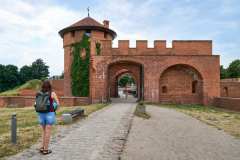 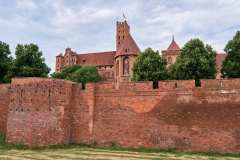 The historic center of Pszczyna, Poland 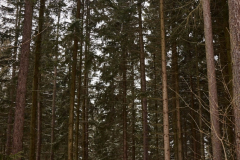 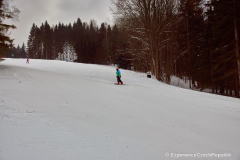 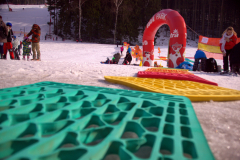 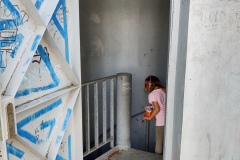 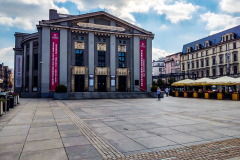 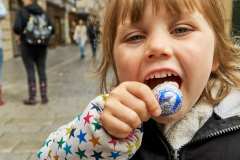