Lucerne is by far the most beautiful city I’ve visited so far. Its historic Old Town is easy to navigate, its city walls with the nine towers offer a great view of the surrounding mountains and its sights are remarkable. Get to know the city and fall in love with it, just like we did!

It’s the most photographed and iconic place in the city. If you haven’t walked the 650-year-old wooden bridge, you’ve never visited Lucerne. The bridge now links the Lucerne Theatre with St. Peter’s Chapel, but it used to be a part of the town’s fortifications. As you stroll down the bridge, look up to marvel at the paintings called The Chapel Bridge’s cycle of paintings. Pictures depict the history of the Swiss Confederation and the lives of two saint patrons of Lucerne: St Leger and St Maurice. 86 of the paintings were damaged in a fire in August 1993. Fortunately, two years before it happened, professional photographs had been taken. The bridge has been rebuilt and the paintings were reproduced. The chapel bridge with its 205 meters length is the second-longest covered wooden bridge in Europe. The longest wooden bridge is at Bad Säckingen in Germany.

It’s younger and shorter than its sibling Chapel Bridge. Also less popular, but still an incredible sight, which should not be missed on your Lucerne bucket list. The Chaff Bridge also formed part of the town’s fortifications. Its cycle of paintings was created somewhere around 1616 and 1637 and is mostly about the Dance of Death. Originally there were 71 paintings, but now only 45 left.

Allow yourself to stroll down the streets of Lucerne, order a coffee and observe people, go to the market: Luzerner Wochenmarkt, and feel the city’s vibe. Visit the largest square in Lucerne, which compared to Czech standards is tiny. Also, check out the prettiest fountain in the city on the former fish market: Weinmarkt, and climb the city’s walls and towers.

Mühlenplatz with its 1500 m2 emerged as an act of the demolition of a terrace of houses. Excavations revealed that in the Middle Ages, Lucerne has been home to mills of all kinds, because of its proximity to water.

Weinmarkt emerged after the demolition in 1841 of the wooden market hall, where meat, bread, and leather had been traded. In the heart of the square stands a fountain from 1481, the work of Konrad Lux. The original hexagonal basin was replaced in the 16th century by an octagonal one. The fountain’s column was also refashioned over the centuries until finally, sculptor Leopold Häfliger created the one seen today out of shell limestone.

Musseg wall and the nine towers are part of Lucerne’s historic fortification. The 800-meter-long wall together with Männli, Zyt, Wacht and Schirmer Towers are open to the public from 8 a.m. to 7 p.m. between 1 April and 1 November free of charge.

The German name, ‘Vierwaldstättersee’ literally means lake of four cantons and it refers to the four Swiss cantons: Uri, Schwyz, Unterwalden, and the canton of Lucerne, which surround the lake. The boat cruises operate to the most important excursion destinations and mountain cableways of the region, such as the Rigi, Pilatus, Bürgenstock and Klewenalp. The lake view is scenic and unforgettable.

Lucerne and its surrounding mountains are enough to keep you occupied for a few days. But in case you have more time to spare, visit Zug, Zurich or Raperswil.

You can find cheap accommodation starting from around 90 Euro per night. Those are mostly youth hostels with bunk beds: Luzern Youth Hostel, Backpackers Luzern. There’s a wide variety of middle range hotels for around 200 euro per night: AMERON Luzern Hotel Flora, Boutique Hotel Schlüssel seit 1545. And of course, of fabulous and expensive hotels like Penthouse by Art Deco Hotel Montana, Hotel des Balances. The whole offer is here.

A day trip to Znojmo - spots to visit

Brno on bike: one day trip 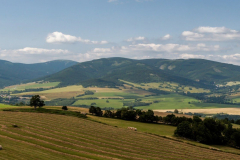 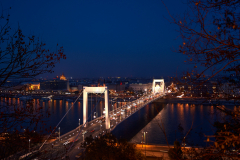 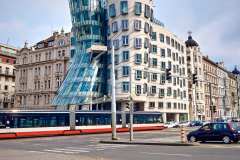