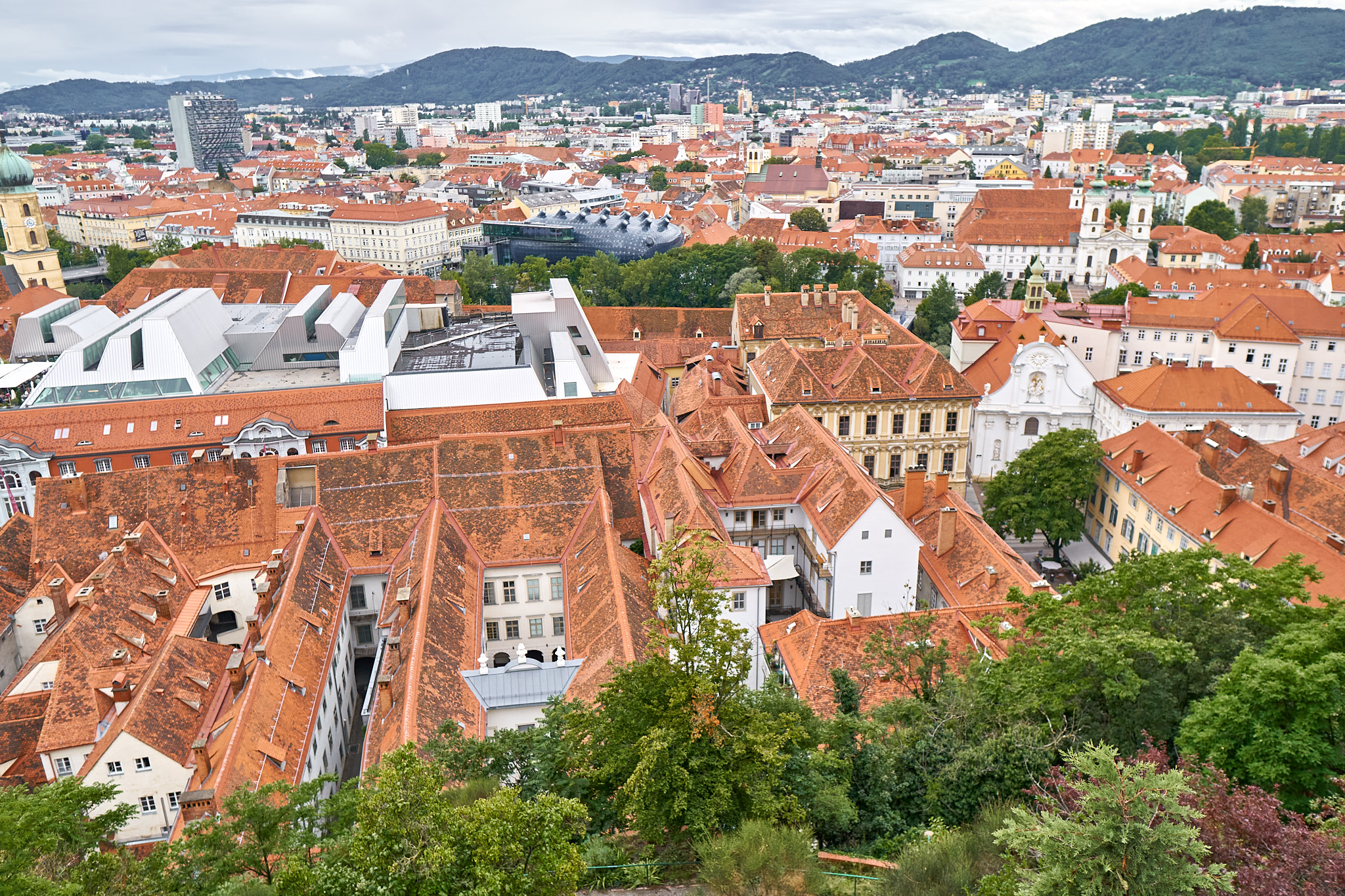 The second biggest city of Austria is a mix of styles. New and old twine so naturally, one can be surprised. It’s the new and innovative building from 2003, Kunsthaus together with an XIII century’s Clock Tower Uhrturm, that perfectly blend together. Both so characteristic, no one can imagine a city of Graz without them. It’s also a mix of urban area and green surroundings and how easy it’s to spend a day out in nature without leaving the city itself. So, let’s get straight to it. Here’s a list of top places in the inner city and outside of it.

The historic center of Graz, listed as a UNESCO World Heritage Site, is full of beautiful old buildings. It’s a perfect example of the harmonious integration of architectural styles from successive periods. Typical buildings from different ages, from the Gothic to Modern Style are dotted around the city center. Stroll down the inner city and admire the Baroque façade that lines the streets. But there’s more.

It’s impossible to miss and it’s probably the most important cultural and architectural sight in the whole of Graz. The Schlosberg literally means a castle mountain. You can take a funicular or lift uphill or climb the stairs. The stairs themselves are spectacular, a steep staircase of zigzag shape was carved right in the rock, it has 260 steps and starts from the Schlossbergplatz square. Once you reach the top of the hill, at your sight will appear the 28-meter-high Clock Tower called Uhrturm. It’s undoubtedly the symbol of Graz.  Notice the swapped hands: the small hand of the clock tower shows the minutes, the big hand the hours. It’s because up till the 18th century there’s only one large clock hand so that people could see well from distance.  But of course, I suggest not to limit your visit to the Uhrturm only. Take your time, because it’s worth it. Go around the Clock Tower, down the castle garden, which by the way is blooming with colours, take a moment to gaze at the panoramic view of the city. Go and explore any obscure nook of the castle and enjoy every moment of it.

You can get a ride up or climb the stairs

Climbing is for free 😊

Check out the Schlossberg Slide, the longest indoor slide in Europe, which takes you back down to the historic center of the city really fast!

It’s the main square in Graz, laid out in 1160, with the traditional Graz market stalls in the middle of it. The main building on its southern side is the stunning Town Hall. It was built in 1893 and has allegorical statues on the facade.  Note also the Archduke Johann Fountain Monument, which seems to be a place for people to sit down and relax for a moment. Dare to roam off the beaten paths, down the narrow alleys and you will find some small boutiques, hidden restaurants, and beautiful Renaissance courtyards.

The Graz castle was built in 1438.  Step through the main gate to explore examples of Renaissance, Gothic and Biedermeier designs. Some areas of the building are used as administrative offices and are therefore off-limits to visitors, however, there’re still some open to the public. Climbing the double spiral stairs, built in 1499, is an unremarkable experience. The two symmetrical stone stairs running in opposite directions, so-called “the stairs of reconciliation” depict separation and reconciliation. Even if you go separate ways, you will always reunite.

The castle courtyards, the double spiral staircase, the Styrian Gallery of Honor can be visited free of charge.

The double spiral staircase for architecture fans and photographers is a must-see in Graz!

It’s the oldest and still functioning bakery in the town, set up in 1569. It can be found on Hofgasse street. It’s as beautiful from the outside, marvel at the original wooden facade, as tasty their products are. You can find something that suits you best here.

As I already mentioned at the beginning, the architectural styles in Graz blend flawlessly and the House of Art is a perfect example. Its modern and innovative building resembles UFO, no wonder it’s called a friendly alien. This futuristic building, also one of the city’s landmarks, was erected in 2003. The museum hosts various art exhibitions. Get to the top on the viewing platform to enjoy a nice view of the old town of Graz.

On the first floor, you will find Café, which serves really tasty food.

It’s a floating platform over the Mur River, that is part a bridge and part an island. This shell-shaped steel construction is 50 meters long and 20 meters wide. It was created by the New York artist Vito Acconci based on an idea by Robert Punkenhofer. The Murinsel can be reached from both sides of the banks of the Mur, it connects the two distinctive parts of the city: the young western with the historic eastern part. A cafe and amphitheater are in the middle. You can find it opposite the Kunsthaus.

Graz is also a very bicycle-friendly city with bike paths stretching to the furthest corners of the town. Cycling around Graz is the most enjoyable way to explore the city. We had the chance to ride a part of a 360-km long riverside bicycle route, the Mur-Radweg, which runs from Lungau through to Bad Radkersburg. Thanks to that we’ve seen spots outside of the historic city centre, among them:

One of the most popular parks in Graz with vicinity to Kindermuseum FRrida & freD museum for children. It’s a cool family spot, with a playground, a café, or a skatepark. During the summer season, people enjoy their free time by the Mur River here.

It’s a fresh new, popular local recreation area. It’s the Mur promenade that is filled with locals on sunny days. People use this new spot to swim, kayak, or simply relax by the river. There’s a lot of green space, as well as a wooden platform.

Graz is prepared for tourists in any way, also when it comes to accommodation. We stayed one night in B&B’s fully equipped small apartment with two bedrooms. It was very comfortable and just enough space for our family. In case you’re looking for someplace to stay look here. 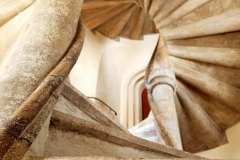 A quick tour around Salzburg

In the footsteps of Napoleon Bonaparte: Around the Slavkov u Brna

4 days on the Cycle path Becva